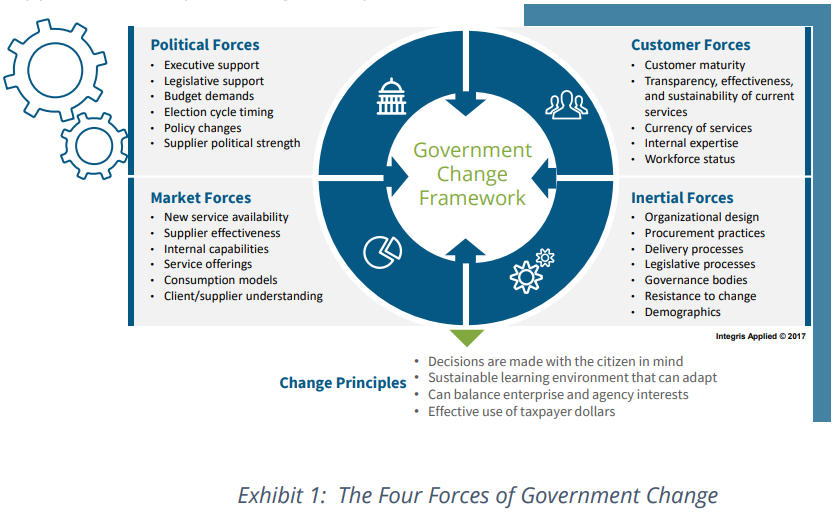 The National Association of State Chief Information Officers (NASCIO) this week issued a new report titled The State CIO Operating Model: Leveraging the Power of the Four Forces, a guide for states to consider when working on legacy modernization projects.  The advice is underscored by added pressure on government programs, such as unemployment systems, during the COVID-19 lockdown.

“The Four Forces in the Government Change Framework are Political Forces, Market Forces, Customer Forces and Inertial Forces. The Four Forces drive and influence the ability of a leader to effect change in government,” says the report. “As an enterprise leader, the state CIO must be more than aware of these forces. These forces must be managed, leveraged, explained and, when necessary, accepted.”