After 30 years of service to the state, Information Technology Deputy Secretary for Business, Consumer Services, and Housing Agency (BCSH) Andrew Armani will retire at the end of this month, he told the GovReport. 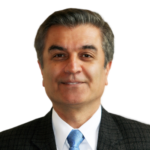 In his role with BCSH, Armani was responsible for setting policies as well as overseeing technology activities for the Agency, a consolidation of agencies that assist in licensing and regulation for businesses and professionals.

Prior to his current role, Armani served as the director of the office of eServices, where he led initiatives that expanded service delivery via the California State Portal. Armani says one of his greatest accomplishments with eServices was creating a sense of consistency throughout the state’s online services.

“I was able to bring a uniform look and feel and branding to all executive branches’ websites,” Armani said. “This was accomplished by bringing a handful of state staff volunteers to design and develop templates and provide all the tools necessary to agencies.”

Armani graduated from California State University, Chico with a degree in Electronics and Computer Technology, which led him to a career in the private sector managing software engineers in the development of enterprise applications and network architecture.

Across multiple roles and decades in information technology, Armani noted that “change is the only constant in IT.”

The most significant change from the beginning of his career, he said, was “moving on from [on-premises software] to cloud,” a mass migration that has taken place largely in the last three years.

One of the most significant and challenging tasks in that migration was the switch to cloud email services for California state workers.

“As the Co-chair for implementing statewide email consolidation, we were able to bring CAmail which was the first-ever private cloud email service to the state of California,” Armani said. “It took several years and many meetings with the various departments to accomplish the task.”

When asked what advice he would hand down to a potential successor, Armani provided a number of useful maxims gleaned from a long career with the state.

A good reminder to anyone working in technology, Armani urged that “vendors are not the enemy, establish a good relationship with them.”

As for maintaining good standing as an executive, he said, “don’t let the power go to your head . . . [and] employees will go to any length to do what you ask them, if they respect and trust you and know you have their backs.”

Armani cites one adage above all that guided him throughout his professional career: nearly all men can stand adversity, but if you want to test a man’s character, give him power.