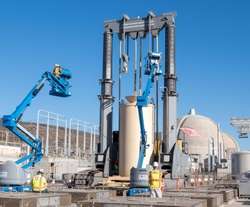 In January Newsom proposed to send, an extra 128 positions and $24.3 million to implement AB 1057 and other reforms over a three-year period.

But in a reversal last month, Newsom entirely withdrew the proposal — even though that boost wouldn’t have impacted the general fund as the state tries to dig itself out of a $54 billion deficit. The plan would have instead drawn from the Oil, Gas and Geothermal Administrative Fund that’s sourced from industry fees.