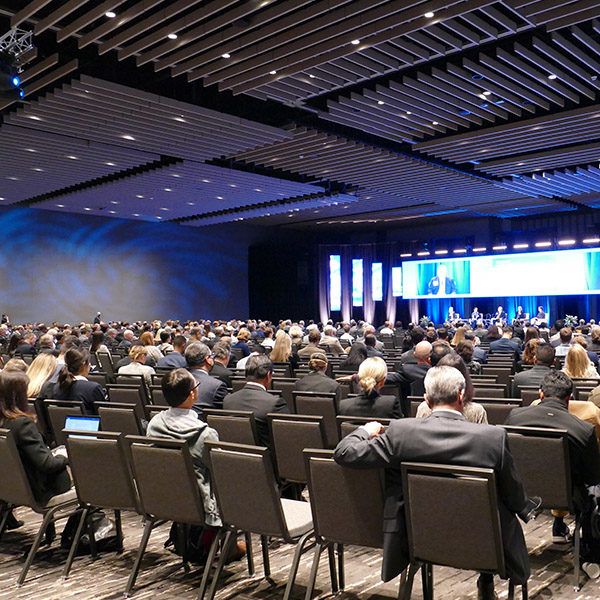 More than 850 attended this year’s California Independent System Operator (CAISO) Symposium. While most of the conference focused on regional issues and day-ahead scheduling, the opening panel consisted of panelists representing western state utilities.

Carolyn Winn, CEO of SDG&E, highlighted the need for more solar, wind, hydropower, and storage. She also added that SDG&E will be tripling its energy storage by the end of 2023. When discussing the September heat wave, she emphasized that warmer temperatures are now the norm, and they planned for the extreme temperatures and procured more power. While the state was able to get through the crisis, California needs more resources, demand response, storage, transmission, fire hardening, and communications between all entities. She closed by looking forward. She said transportation electrification is gaining momentum. However, we still use an electricity rate structure that dates back to the gas crisis in the 1970s. She wants to see the modernization of rates. She also wants forecasts to be more regional as our load changes.

Martin Adams, CEO of LADWP, mentioned that the Intermountain rebuild will run on 30% hydrogen by 2025 and eventually transition to 100% hydrogen. He states that long-duration storage has been challenging, and LADWP needs local generation. Adams pointed to hydrogen as the clean fuel LADWP is promoting, but the federal government needs to help lower hydrogen costs. As the state transitions to clean energy, we must consider reliability. LADWP still has most of its assets and does not want to get rid of additional ones until dispatchable assets are available. He pointed out that some batteries during the crisis were repowered by fossil fuels. He also warns that better coordination is needed. Some utilities may have looked at the same out-of-state asset as a backstop. He closed by discussing the need to expedite the regulatory and permitting process. He also mentioned the need for federal funds because the customers cannot pick up the entire tab for greening the industry. Finally, demand response must be more palatable to the public, or it will not work.

Steven Powell, CEO of SCE, led by highlighting how energy storage, imports, and demand response helped alleviate the energy issues during the September heat wave. He also stated that we might not be good at forecasting since we are looking back at history rather than the reality that extreme weather events are more prevalent recently. He also questioned what the right standard for reliability is. He believes the EIM has created better reliability and lowered costs. However, many issues still need to be resolved before we enter an RTO. He is hopeful that EDAM will be in place in the next five years. He is hopeful for a more regional view with more integration, but not fully integrated.

Others that spoke in the opening panel include Stefan Bird, CEO of Pacific Power. He mentioned that more resources are needed, and Pacific Power is looking at 11 pumped storage projects. Jim Shetler, the General Manager of the Balancing Authority of Northern California (BANC), mentioned the need for regional day-ahead markets. He still believes that the grid is challenged regarding dispatchable resources. He is hopeful that a transition to the transition will be developed.

Arne Olson of E3 closed the Symposium by talking about the need for more resources to meet California’s clean energy future. He broke the needs down into three different groups. The first is the technology already available such as wind, solar, heat pumps, and battery storage. The second group is near ready such as offshore and out-of-state wind and distributed energy resources. The final group is items we do not have yet, such as clean alternative fuels and clean, firm generation, whether it is enhanced geothermal, carbon capture with fossil fuels, or more nuclear and hydrogen.

While the Symposium started by focusing on regionalization and day-ahead markets, the panelists focused on more – more transmission, more resources, and more state and federal funding.