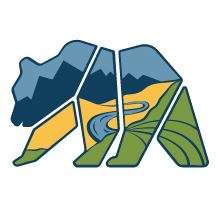 Capacity on the SoCal Gas lines is expected to drop for the foreseeable future. This week SoCal Gas is expected to start working on Line 4000 which extends from East of Barstow to Cajon. The company plans for the line to be out of commission for two months as it makes repairs. Based on the time it is taking to make other repairs, it looks like it may take longer than scheduled.

SoCal Gas has pushed back the estimated return-to-service date for Line 235-2 yet again. The line which runs approximately 50 miles between Victorville to east of Barstow, ruptured on October 1, 2017 and has been closed ever since. The 1957 vintage pipeline vintage was initially planned to reopen in April, but repairs remain difficult. Additional leaks were found in remote locations as the line was being brought back to pressure. As a result, the earliest the line is expected to be operational is mid-October.

A third aging pipeline, Line 3000, has been out of commission or working at reduced pressure since July 2016. Line 3000, which extends about 125 miles Needles on the California-Nevada border to East of Barstow, does not increase system capacity due to the bottleneck created by the outages on lines 235-2 and 4000.

With all three lines at more than 60 years old and in need of repair, SoCal Gas’ pipeline system is running at less than 85 percent of optimum. SoCal Gas believes that all of the lines will be operational by mid- November, but they also thought one of the lines would have been fixed by April, then May then June then August and now October. As the company has found, the re-pressurizing of these lines can lead to additional leaks. Should the repairs drift into the winter months or longer, SoCal Gas will become more dependent on its storage sites as demand for natural gas peaks.