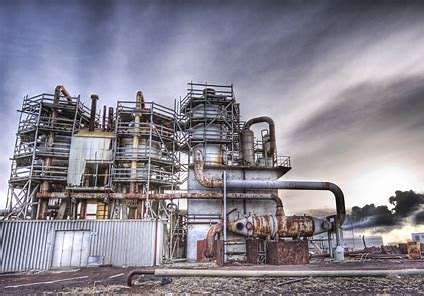 By Jesus ArredondoPublished On: September 8, 2020

Members of the State Water Resources Control Board (SWRCB) voted unanimously extended the deadlines for once through-cooled (OTC) compliance for four natural gas power plants in an effort to maintain grid reliability in the Los Angeles area, a vote that took on extra importance after two nights of rotating blackouts last month.

After a seven-hour meeting, SWRCB postponed enforcement of an environmental rule for the Alamitos, Huntington Beach and Ormond Beach gas plants from the end of this year to the end of 2023.  A fourth plant in Redondo Beach, fully deployed during the blackouts, was granted a one-year extension to the end of 2021 despite strong objections from the City’s mayor and councilmembers over continued air pollution.

The California Public Utilities Commission (CPUC), who recommended the extensions, said it would send quarterly updates to the board on the development progress of 3,330 megawatts of clean energy slated to replace the gas plants by 2023.  But they warned that COVID-19 has slowed supply chains and construction operations, which could result in energy authorities approaching the board again for another extension while they wait for the clean capacity to come online.

The CPUC also acknowledged the concerns of environmentalists regarding plant owner payments tied to water use, saying that it would look at whether the 10-year-old mitigation fees structure should be updated.

SWRCB member, Laurel Firestone “I do think it’s important for us to have our deadlines mean something.  That’s especially true when there’s a decade of runway time to achieve them.  I think it’s really frustrating for all of us to have to extend compliance dates at a really late hour.”

Reacting to the possibility of revamping the fees, SWRCB staff cautioned that to do so would require the Board to completely re-open the OTC regulation, which could create a long delay and take months to explore.  In the end, it seems that the Board might be reluctant to do that.

Prior to the meeting, the SWRCB has made public a letter that was submitted to the record by the CAISO, CPUC and CEC: https://www.waterboards.ca.gov/water_issues/programs/ocean/cwa316/docs/otc_letter.pdf

The letter expresses that while the agencies were not seeking additional extensions, given COVID-19 and other unforeseen circumstances:

“The CPUC, CEC, and CAISO staff will continue to monitor peak demand to determine if forecasts need to be adjusted. Even with the limited number of projects with risk of delay and some uncertainty about future demand, the vast majority of the new reliability resource projects ordered by the CPUC are currently meeting their milestones. However, if the CPUC’s tracking of project development starts to indicate a significant risk of delay of project online dates or other factors show that California’s electric reliability maybe at risk, the staff of the CPUC, CEC, and CAISO may return to the Water Board by early 2021 to request an additional extension of OTC permits for units that may retire at the end of 2021.”

The CPUC is next scheduled to approve purchase power agreements (PPAs) for the output of those plants under the approved extensions at an upcoming voting meeting in mid September.