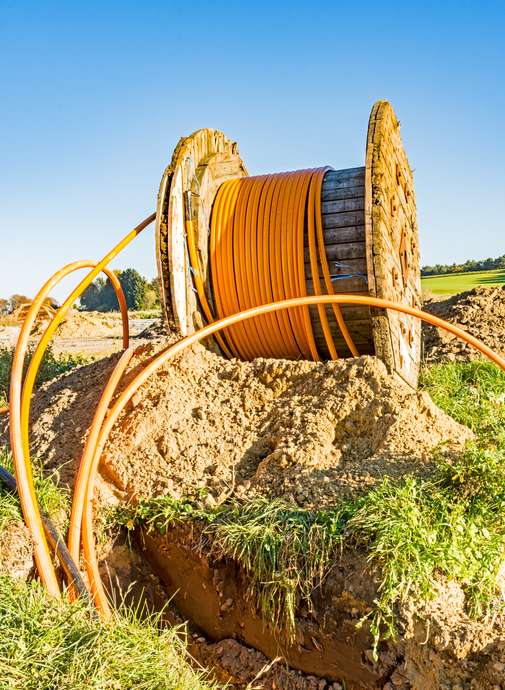 By Jaivon GrantPublished On: October 5, 2021

Legislation intended to accelerate the deployment of broadband infrastructure by calling for a “Dig Once” policy has passed the Legislature and currently awaits final action by Gov. Newsom.  Assembly Bill (AB) 41 by Assemblymember Jim Wood (D-Santa Rosa) proposes to follow practices used in other states to minimize the number of excavations when installing telecommunications infrastructure.

“The lack of broadband availability has always been a serious problem, but never has it revealed itself as so critical as we face the many challenges of the COVID-19 pandemic,” said Wood in his Facebook post when first proposing the legislation. “There are many areas of the state that do not have access to the internet at all and many that have substandard connections. We need to connect children to schools and libraries, hospitals and clinics with our healthcare workforce and ensure access for people in our low-income and disabled communities.”

“One way is to take a look at already existing Department guidelines that may require us to address some steps they have taken that may not be facilitating installation of conduit in the most effective way,” said Wood in a press release last year.

AB-41 had support from other entities including California Forward Action Fund, California Telehealth Network, First 5 California, Greater Oxnard Organization of Democrats, and the Marin County Board of Supervisors.

Other proponents of the bill include Livable California, who expressed support of AB 41 in a letter to the Assembly Committee of Transportation Chair, Laura Friedman.

Part of the letter from Livable California’s board of directors reads:

Livable California strongly supports teleworking and broadband expansion. We have seen major benefits of teleworking during the pandemic and expect teleworking to continue to be a popular alternative for employees and employers, long after the pandemic is over.

Teleworking allows people more choice of location and lifestyle. It provides geographic and economic equity to communities across California that have, until now, not been able to participate in the economic benefits of the high-cost over-concentrated urban centers.”

CTIA—a trade association representing the wireless communications industry—opposed the bill, expressing concerns that it is “duplicative of existing broadband mapping efforts” and that data needs for effective broadband deployment are not addressed by the bill’s data collection and reporting requirements. CTIA would only support the bill if it were revised to “better align data collection and reporting to federal standards and eliminate unnecessary data reporting.”

The legislation did not receive any “no” votes on the senate or assembly floors.