By Jaivon GrantPublished On: September 1, 2021

“I’m pleased to announce that I have accepted a promotion with the [CDT],” said Cave in a post on LinkedIn. “I will play a key product management role in the State of California’s Digital transformation, helping [to] ensure positive digital experiences for the people of California.” 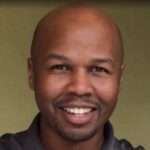 Cave has nearly 20 years of state service, with most of his experience being in management and leadership.  For the past three and a half years he has served as DMS Infrastructure Operations Section Manager at EDD.

“This is an exciting opportunity to make a difference on a large scale, and during a time of transformative change and new beginnings,” he added.

Cave says he is excited about the opportunities for vision and strategy that this new position will bring.

He will report to State Chief Technology Innovation Officer Rick Klau, who in May on Twitter said “[the new role will] build out a more mature product organization alongside the engineering and devops teams.”