Melody Hayes, deputy director of the California Department of Health Care Services, will retire at the end of the year, according to a LinkedIn post.

Hayes’ retirement ends 37 years of public service in California in which she served under seven governors across seven different state agencies in a total of 20 positions. 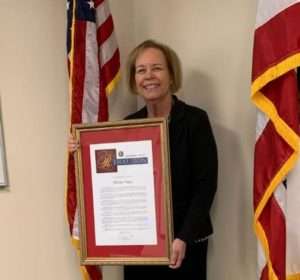 While serving as deputy director of the DHCS within the California Medicaid Management Information System Division, Hayes managed the $1.6 billion MMIS Fiscal Intermediary contract for California, the largest in the United States.

During her tenure at the OSI, Hayes worked on various human services and automation initiatives such as the Statewide Automated Welfare System consortia projects, the Electronic Benefit Transfer Project, the Welfare Data Tracking Implementation Project, and the Statewide Fingerprint Imaging System. In total, Hayes managed a project portfolio with the OSI that surpassed $500 million in budget.

According to the LinkedIn post, Hayes will be running out leave until her official separation at the end of the year, effectively ending her time with the Department of Health Care Services immediately.