By Jesus ArredondoPublished On: June 8, 2020

California Air Resources Board Chair Mary Nichols found herself in an uncomfortable position for a tweet that referenced George Floyd’s last words in a rallying cry for environmental justice. 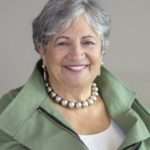 Nichols tweeted:  “I can’t breathe’ speaks to police violence, but it also applies to the struggle for clean air. Environmental racism is just one form of racism. It’s all toxic. Government needs to clean it up in word and deed. We who do climate and environmental policy can and must do more.”

Her tweet, which resulted in more than 140 likes as of Monday night, also received a stinging rebuke from Assemblyman Jim Cooper, an African American moderate Democrat and former Sacramento County Sheriff’s deputy.

“How dare you take this moment of pain and anguish our nation is facing to discuss your crooked Enviro policies,” Assemblyman Cooper tweeted. “How dare you use a dying man’s plea for help as a way to discuss your agenda. Have you no shame? How dare you talk about Enviro racism when historically your policies favor your coastal elitists friends. While leaving communities of color out and left to foot the bill.”

Nichols later apologized in a tweet saying “I apologize for speaking at the wrong time about the wrong topic. Racism comes in many forms and I believe we must fight every instance of it in our society.”